Ruger introduced the SR1911 at the 2011 SHOT show as part of the Ruger SR series of handguns. Although the Ruger SR handgun series featured a polymer frame, the SR1911 is the only SR version that featured a steel frame. Before we dive into a discussion about Ruger SR1911 holster options, let's go over the SR1911 background story and features. 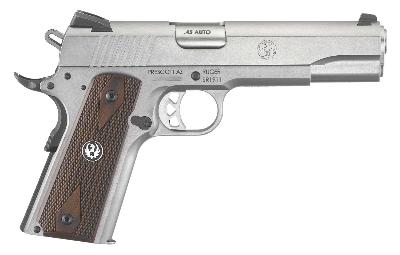 The SR1911 was Ruger's first entry into the already crowded 1911 market, but Ruger management felt that there was still some opportunity in the very popular 1911 market.

Design-wise, the SR1911 is nearly identical to the Colt M1911-A1 but does feature a few design changes. In addition to the grip safety and manual thumb safety found on almost every 1911 on the market, Ruger also incorporated a sear disconnect, slide stop, and half-cock position into the SR1911 design.

Initially, the SR1911 series was only offered in the traditional 45ACP caliber, but Ruger later other calibers, including 10mm, and 9mm.

When the SR911 pistol was first introduced, it was called the SR1911. Its success led Ruger to offer variants in different barrel lengths, including:

Because of the variants, Ruger has slightly modified the name of the original SR1911 over to SR1911 Full size. 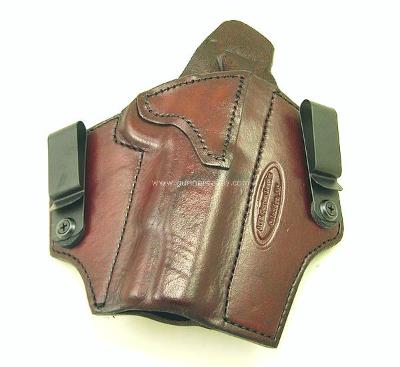 Some people believe that the longer barrel on a 5" 1911 makes it difficult for IWB or concealed carry, but IWB is still one of the most common holster styles for carrying a 1911 concealed. Our top-selling IWB holsters for the Ruger SR911 include:

For outside the waistband carry of the SR 1911, our most popular holster options are these models:

However, some brands, like MTR Custom, do offer SR1911 owners the option of having a holster built with the thumb break made to work one of two ways:

Here are some of the more commonly asked questions that we see regarding holsters for the Ruger SR1911:

Since Ruger makes a few different variants of the SR1911, we assume you are asking about a holster for the SR1911 5" model? If so, any of the holster models listed below are available in a version that fits that 1911.

Will a Ruger SR1911 fit into a holster made for the Ruger SR45 since they are both 45 caliber pistols?

Any of the holster models listed below will fit a Ruger SR1911, regardless of the caliber. Ruger's innovative engineers designed each of the SR1911 pistols within the same family with the same dimensions. So, a 5" 45 caliber SR1911 is the same size as the 5" 10mm SR1911 (or the 5" 9mm SR1911). The caliber does not affect the holster fit.

Where are the Ruger SR1911 Commander holsters?

All the gun holster models listed below are available in a version to fit the Ruger SR1911 Fullsize 5".